Brunei Darussalam and 11 others Urban Search and Rescue: Boosting Intra-ASEAN Self Help

Report—Centre for Non-Traditional Security Studies
By Nah Liang Tuang
Synopsis
Natural disasters such as the earthquakes and tsunamis in the Indian Ocean off Sumatra in 2004 and in Japan most recently highlight the importance of qualified Urban Search and Rescue (USAR) teams. ASEAN's lack of such vital rescue expertise needs to be addressed.
Commentary
THE 2004 Boxing Day tsunami, the 2011 Christchurch earthquake and the most recent Tohoku earthquake and tsunami on 11 March this year have highlighted the power of Mother Nature to wreak havoc. Thousands of people had died and many more were trapped within collapsed urban structures, straining search and rescue operations. Such rescue duties especially fall upon the shoulders of specially-trained and equipped Urban Search and Rescue (USAR) teams.
Unfortunately, only a few ASEAN countries have local USAR capabilities. The rest have to call upon foreign USAR assistance during a crisis. This situation should be rectified because foreign USAR teams take time to deploy; during this lag, urban disaster victims who might have been saved may die from their injuries or deprivation.
Disaster Preparedness in ASEAN
Vietnam is prone to typhoons like Typhoon Xangsane in 2006 and Ketsana in 2009; Myanmar has been battered by Cyclone Nargis in 2008 and both Indonesia and Thailand have suffered from the 2004 tsunami on Boxing Day, 26 December. In all these cases, built-up settlements ranging from villages to major cities were severely damaged or destroyed with casualties and fatalities ranging from the hundreds to many tens of thousands.
It is evident that many lives would have been saved if domestic USAR teams were activated in the immediate aftermath of these natural calamities. In ASEAN, however, only Indonesia, Malaysia and Singapore have established official USAR agencies. Additionally, according to the International Search and Rescue Advisory Group (INSARAG) of the United Nations, only Malaysia and Singapore have USAR teams that are trained according to INSARAG guidelines and have operational experience.
For example, the Special Malaysian Disaster Assistance and Rescue Team (SMART) has seen action in the West Sumatra Padang Earthquake of 2009 while Singapore's Disaster Assistance and Rescue Team (DART) was deployed to Aceh, Indonesia following the 2004 tsunami.
As Southeast Asia has not seen the end of catastrophic natural calamities or man-made urban disasters such as the collapses of high-rise buildings due to shoddy construction standards, every ASEAN country should establish INSARAG-certified USAR teams in all major cities.
How the Situation Should Be Improved
As Malaysia and Singapore seem to have the best-trained and organised USAR teams in ASEAN, it would make sense for the two countries to extend their expertise to other ASEAN states without established USAR organisations like Laos, Vietnam, Cambodia and Myanmar and even states like Thailand and the Philippines. These other ASEAN states can seek to improve their USAR capabilities by sending delegations of civil defence/rescue personnel to either Malaysia or Singapore to learn from their more established counterparts. Alternatively, handpicked training staff from either SMART or DART could be sent on short advisory stints to the other ASEAN countries.
In Singapore, the training of nascent ASEAN USAR teams could be coordinated under the Singapore Cooperation Programme (SCP). The SCP could act as the liaison body to match the training expertise of DART under its parent organisation, the Singapore Civil Defence Force (SCDF), with interested ASEAN rescue teams. To assist some of these new USAR teams with their initial equipment requirements, the SCDF could even transfer some of its older USAR hardware to the former as a token of ASEAN solidarity. This would make operational and economic sense if the equipment was about to be phased out but was still serviceable. Politically, such an offer of assistance could be made at the ASEAN Ministerial Meeting for Home and Interior Affairs Ministers.
Sustainability Of Assistance
While the human reasons associated with ASEAN brotherhood serve as an idealistic basis for offering training assistance to embryonic USAR teams, some policy-making quarters might ask for tangible geopolitical justifications to back this initiative. To these officials and especially those who are Singaporeans, two reasons may come to mind.
The first is that of soft power cultivation. Having trained USAR teams from all over ASEAN promotes respect for Singapore's civil defence capabilities, enabling it to speak with authority and influence in international for a concerning disaster-related topics. This is another way for Singapore to "punch above its weight". Secondly, the provision of such assistance helps to lubricate the wheels of ASEAN diplomacy. This will earn goodwill for Singapore and allowing it to better mediate in disputes between other ASEAN states if ever called upon to do so. Additionally, this goodwill can also ease bilateral negotiations between Singapore and other ASEAN members over other contentious issues.
The deficiencies in USAR capabilities amongst ASEAN countries who most require such specialist capabilities must be urgently addressed, especially given the growing frequency of natural disasters in the region.
Nah Liang Tuang is an Associate Research Fellow at the Institute of Defence and Strategic Studies, a constituent unit of the S. Rajaratnam School of International Studies (RSIS), Nanyang Technological University.
Posted by Ishak Abdul Kadir at 12:03 AM 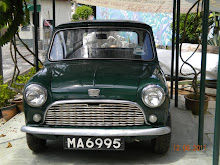 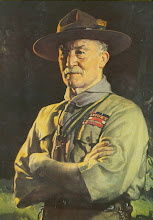 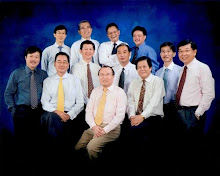 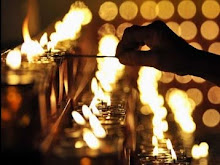